GACC has published a number of research studies on the runway issue. The press releases give a useful summary of each document.

TANGLED WINGS: LIVING WITH A RUNWAY ON MY DOORSTEP

‘Why is Gatwick one of the few major airports in the world with only one runway?’ asks Brendon Sewill in 'Tangled Wings: Living with a Runway on my Doorstep'. The answer, he argues, lies partly in it being built in a place where it could not be expanded without substantial environmental damage, and partly in the determination of the local residents who have run a series of campaigns, to prevent that from happening.

The first edition of Tangled Wings told the story of Gatwick from grass runways in the 1930s to the 2010 election when the Coalition Government ruled out any new runway. But in 2013 the Gatwick residents faced yet another runway threat. This new online edition brings the story up-to-date with a description of the 2013-16 runway campaign.

This was a story that needed to be told. This time we were up against a massive international hedge-fund prepared to spend almost unlimited money, while we were armed with nothing more than fierce determination, rational arguments and a sense of humour.
The simple way to deal with this,’ he writes, ‘is to tax aviation fuel. Most people find it hard to believe that there is absolutely no tax on aircraft fuel. But action has got to be taken by all countries acting together. And the best time to achieve that will be at the COP26 climate change conference in Glasgow in November 2021’. 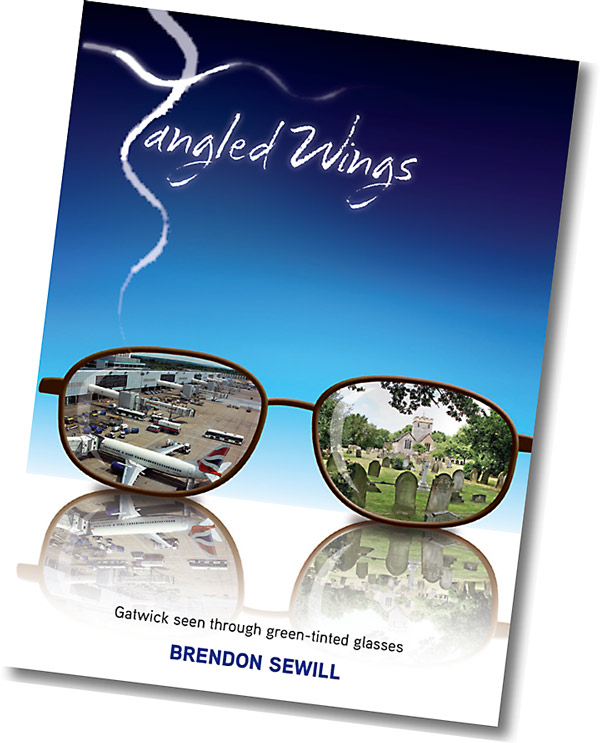 1.  Ambient Noise.  A study of the importance of taking background noise into account when assessing the number of people likely to be affected by noise from a new runway. Read research study.  And press release.

2.  Paying for a new Gatwick Runway.  A new runway would mean 100% increase in airport charges.  And that may cause some airlines to move to Stansted or Luton.  Read research study and press release. 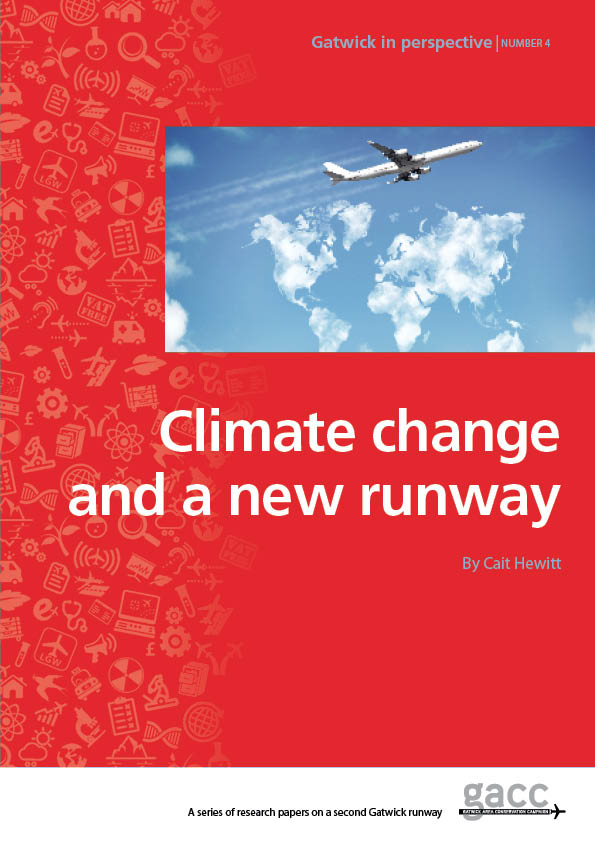 4. Climate Change and a New Runway.  The Agreement reached in Paris in December 2015 by all nations rules out any new runway at either Gatwick or Heathrow. Read research study and press release. 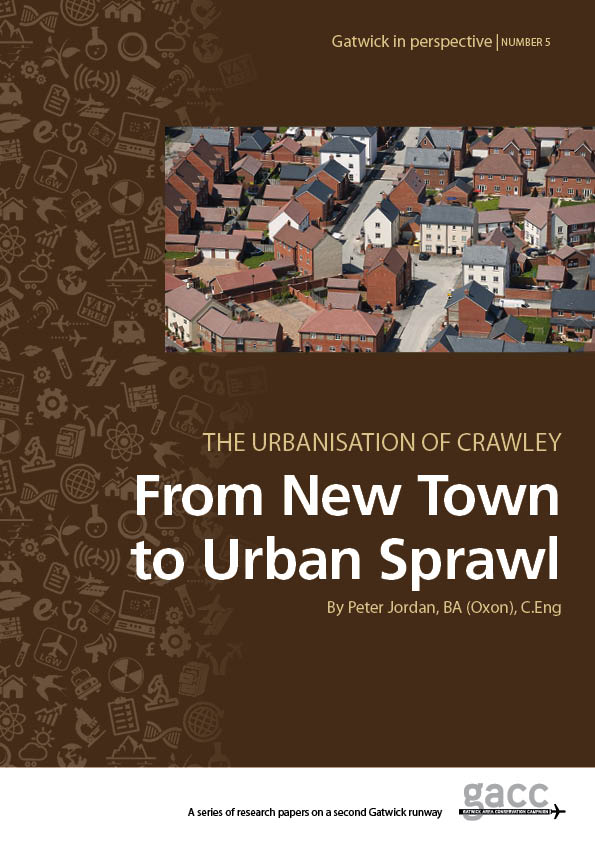 5. Crawley Urbanisation.  How Crawley has grown over the years, the problems facing the town now, and how they would be made worse by a new runway.  Read research study and press release. 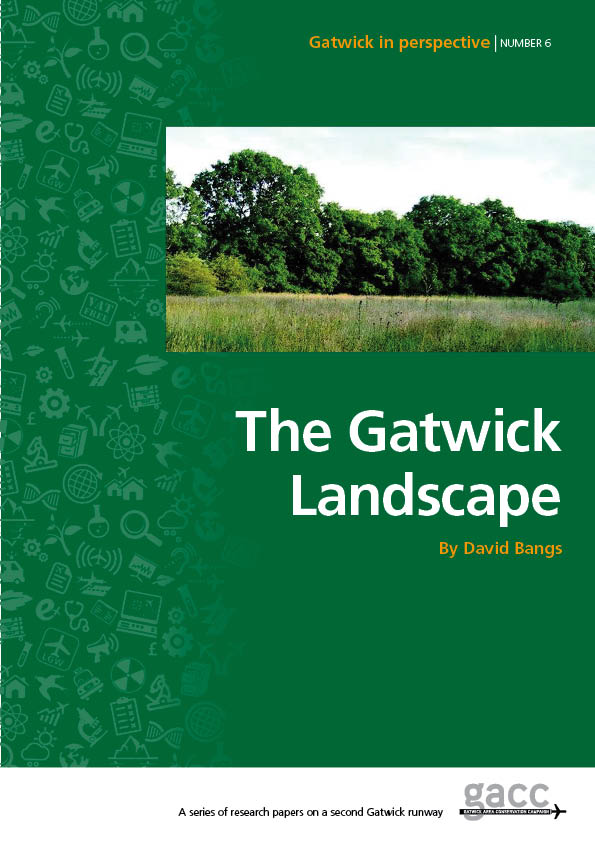 6 Gatwick Landscape.  Describes the unrecognised ecological value of the land that would be bulldozed to construct a second runway.  Read research study and press release.

7. Rail Infrastructure.  Analyses the massive engineering works that would be necessary to enable the line from Gatwick to London to cope with the increase in rail passengers when a two-runway Gatwick reached full capacity.  Read research study. 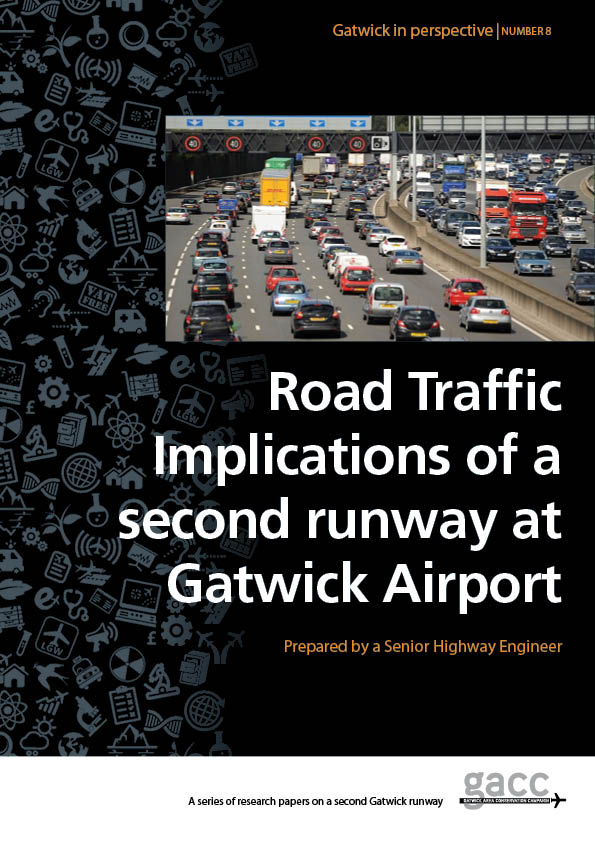 8. Road infrastructure.  Shows that to cope with Gatwick at full capacity could mean widening the M23 and M25, extending the M23 into central London, and building an outer orbital new motorway.  Read research study. 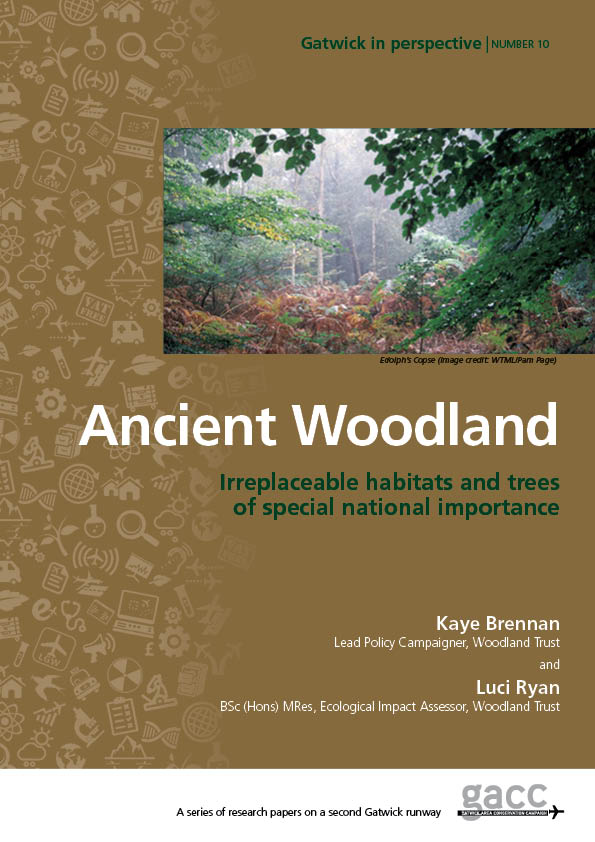 10. Ancient Woodland.   An expert assessment of the value of the irreplaceable ancient woodland under threat. Beautiful illustrations.  Read research study. 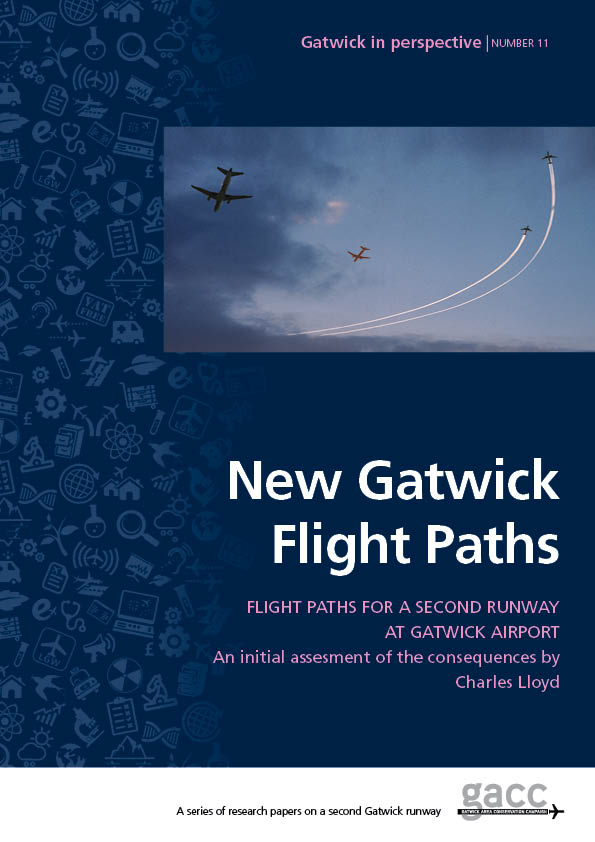 11. New Flight Paths with a Second Runway.    A clear description of the impact of the potential new flight paths, or the doubling of aircraft numbers on existing routes.  Read the research study.