The Gatwick Area Conservation Campaign, has campaigned tirelessly over the years to  improve the environment around Gatwick, reduce noise, congestion, pollution and oppose any new runway 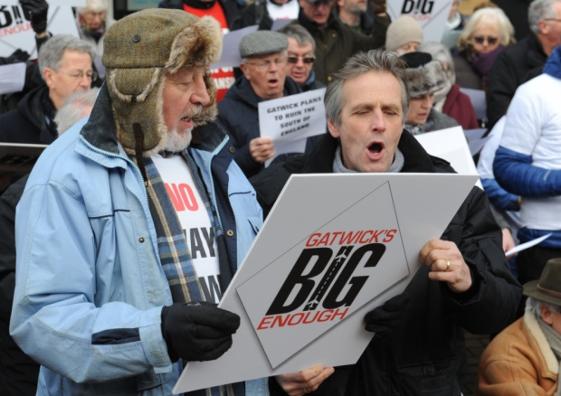 GACC has joined forces with other community and environmental groups around the airport to campaign together against Gatwick’s expansion proposals, under the banner “Gatwick’s Big Enough”.

GBE has instructed legal and planning advisers and is engaging with all the key stakeholders regarding the airport’s expansion plans. We’ll update all GACC and GBE members on the campaign as matters progress. Alternatively you can contact GBE at info@gatwicksbigenough.org.

2020 will go down as one of the most unprecedented periods in our history, with the fabric of local, national and international societies being uniquely challenged by the Covid-19 pandemic. However, as we continue our battle against this deadly virus and society and businesses try to re-build themselves, we must recognise that, as we move forward, we also have a unique opportunity to do things differently - to "build back better".

At GACC, we understand the desire for aviation and airports to re-establish themselves as quickly as possible in order to contribute to the UK's economic recovery. However, this effort cannot and must not be at any cost. We must also take this opportunity to implement sustainable growth measures to address the environmental and other negative impacts of aviation, such as seeking faster reductions in carbon emissions together with reductions in noise and air pollution. GACC strongly argue that a strictly balanced approach to economic and environmental measures must be adopted so that, as air traffic volumes recover over time, they are accompanied by proportionate, agreed and enforceable environmental proposals setting aviation on a fairer and wholly sustainable course.

As the principal environmental group seeking to protect areas adversely impacted by Gatwick's operations, GACC believes that only such a balanced approach will allow us to “Build, Back Better” to deliver the “green recovery” required to protect us and future generations.

Successive governments have acknowledged for many years that noise from aircraft at night has significant health, economic and other impacts on communities near airports and under flight paths, and have asserted that they take this very seriously.  However, the regulatory regime for these flights at Gatwick, particularly the number of flights permitted to operate at night, has not changed for at least 15 years.  As a result, Gatwick communities are unfairly penalised: in the summer we have nearly 40% more night flights than Stansted and three times the number at Heathrow.

The government is now consulting on the night flight restrictions for Gatwick from October 2022.  The consultation is in two parts.

By 3 March 2021 DfT is seeking views on its proposals to extend the current night flight restrictions, set in 2017, for an additional two years from October 2022 to October 2024, and to ban the noisest category of aircraft from operating in the night from October 2022.  The latter point is not significant at Gatwick because virtually none of these aircraft now use the airport.

By 31 May 2021 DfT is seeking wider views on its national night flight policy and the structure of night flight restrictions beyond 2024.

GACC strongly disagrees with DfT's proposal to extend the current night flight restrictions for an additional two years, which we believe is complacent and irresponsible.  There has been no bottom-up review of the UK's night flight regime since 2006. It's time the government took its responsibilities for these flights seriously and either banned them or ensured they can only operate if they have very substantial net economic benefits, which is not the case for Gatwick night flights.